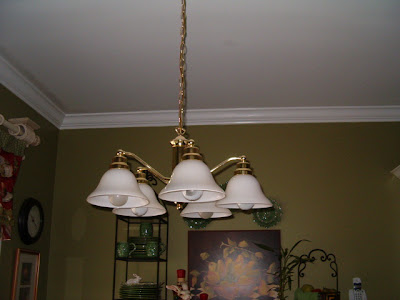 I managed to get a project done the week before I started working. Here’s another fairly ugly, standard builder’s brass light fixture in the breakfast area. Since it’s not in the budget to replace it anytime soon, I figured I might as well bronze it. I got this project finished the week before I went back to work. It was nice to get that out of the way. 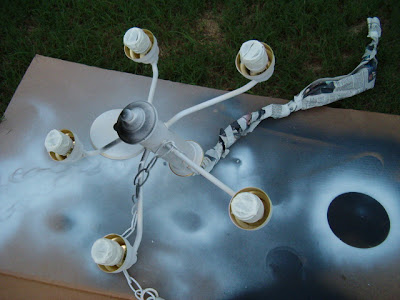 So, I took it down, went outside & sprayed it all over with white primer.
I missed taking a pic of the black spray, but next came a coat of Satin spray paint in black, to cover all the white primer. Tape off electrical parts first. 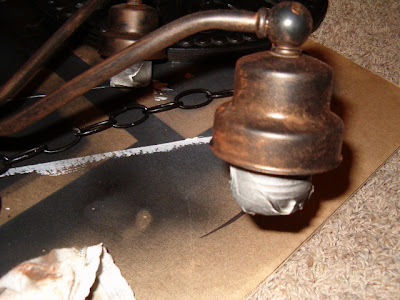 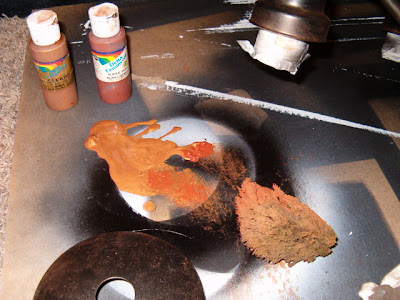 Here they are all ready to spread on with the damp sea sponge. You just daub & then wipe off the excess with an old rag. 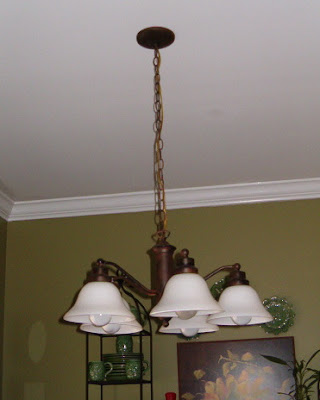 And, here’s the finished project! I think it looks SO much better & adds to the touches of black I have in the kitchen. And, it was just the cost of a can of spray paint! How’s that for cheap & easy? I’d still like to do the diningroom fixture too, but my hubby wants me to leave it alone. So, I pick my battles…I told him I’ll leave it for now, but hehhh-hehhh, I’ll deal with it later, either with a new fixture eventually or painting it. You know we eventually win!

Now, get out there & paint some brass for me! This is really an easy way to update those old fixtures if you really don’t want to buy new ones right away.