He’s been at it again.  Planting that garden of his.  This year, we all voted and decided that it was time for Daddy to quit planting his mountain garden and he finally realized he should listen to us (what choice did he have with 4 women voicing their opinions?).  His girls know best and he realizes we only want what is best for him and any man turning 90 in July should really only have one garden, you know?  So, that’s what happened this year.  One garden only.  In Marietta, the way it should be.  He can raise all he needs to raise in that one garden. 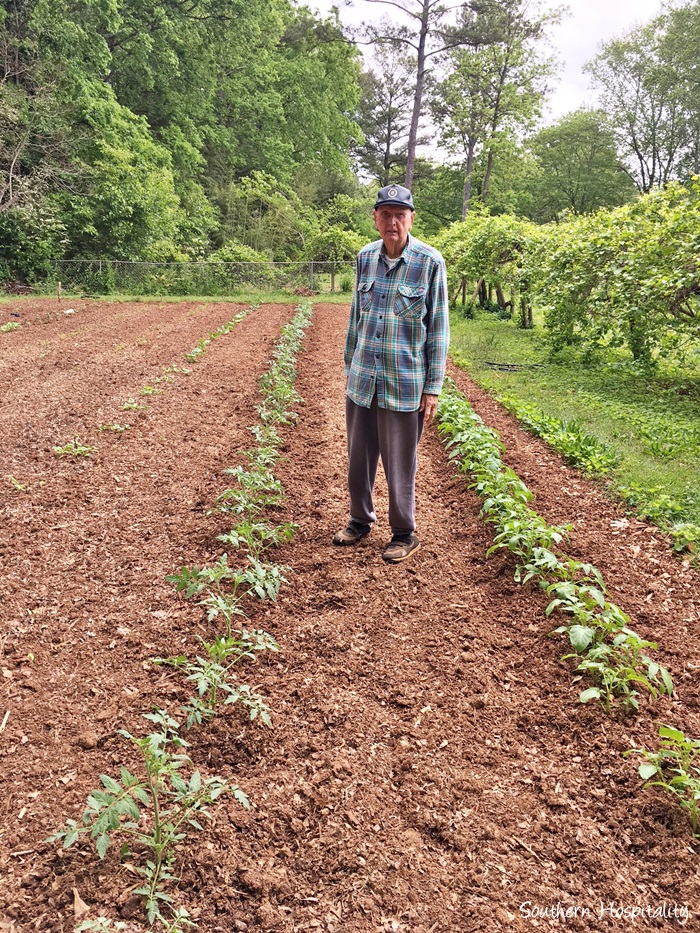 They are getting the sign ready now to put in the yard of the NC mountain house soon.  It’s a sad day, but one that we all knew would get here sooner or later.  They just can’t continue to keep up 2 houses as much as they want to.  They love it up there and we realized that they’ve had the house for over 35 years now, with lots of family memories and trips to that mountain house over the years.

The plan years ago when they built the house was to retire up there eventually, but when Lauren was born and my sister was a single mom, she needed their help so they couldn’t and wouldn’t move away from that little thing.  She captured their hearts and life has never been the same, so they took her up there with them many times during the summer months and she grew to love the mountain house too.  We all did.  It’s a peaceful and serene place and we all have such fond memories of that place. It has a piece of all of us as well as many family members and friends over the years.  Growing veggies up there in that mountain garden was a thing of beauty for my dad and one of the first things he did up there.  He plowed out a nice section in the flat part of his property by the creek, out in the full sun where a garden would grow nicely. And grow it did!  He has raised so many tasty crops of food in that garden over the years and we’ve all benefited from it.  Now, he will be down to one garden and that will be a’plenty! 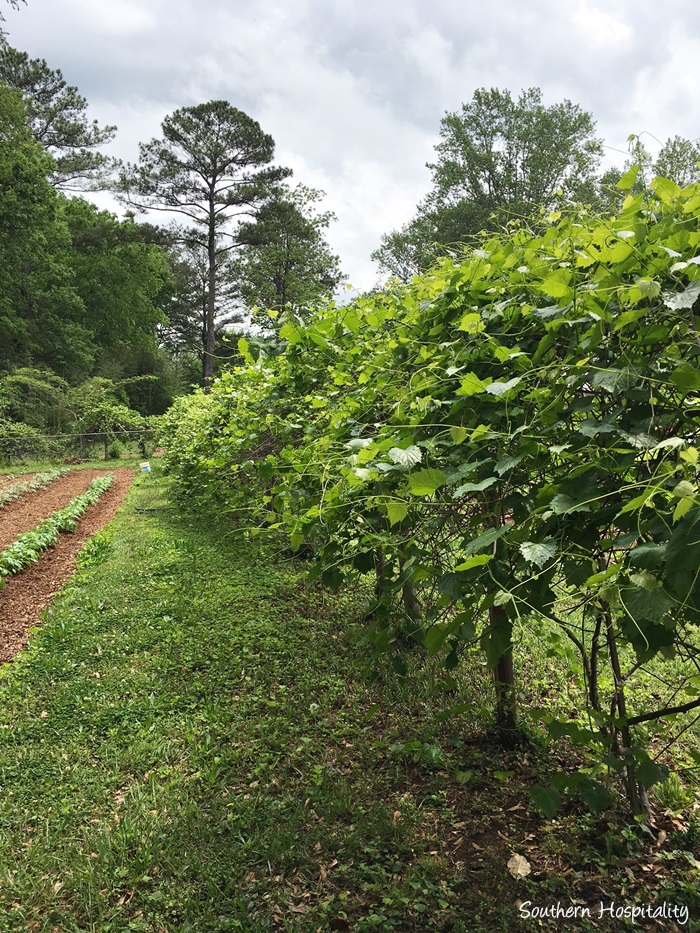 So, let’s take a look at the Marietta garden.  He has muscadines growing on his grape arbor and those always do well.

To the right are potatoes and to the left his row of Parks Whopper tomato plants.  He always makes sure to have plenty of tomatoes planted, since we all LOVE those.  Thank goodness the spring rains have been good, we need plenty to keep this garden going.  My brother-in-law, Bruce, has been bringing him bags of leaves to put on the garden for mulch to help further richen the soil and it’s doing the job. 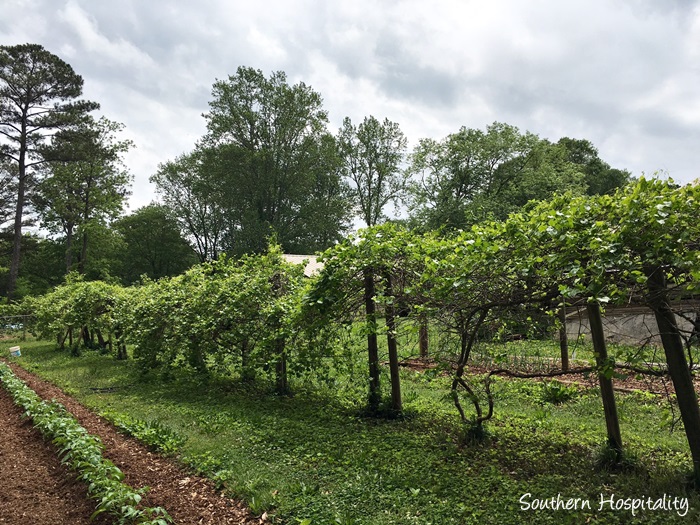 This garden has been growing crops for many years here in their backyard.  Since 1973 when we moved in this house, a garden plot was one of the first things done here.  We lived next door in the house straight over the fence when we first moved here (for 10 years and then dad built this house) and there was a garden in that backyard too. The young couple who lives there now have a small garden too. 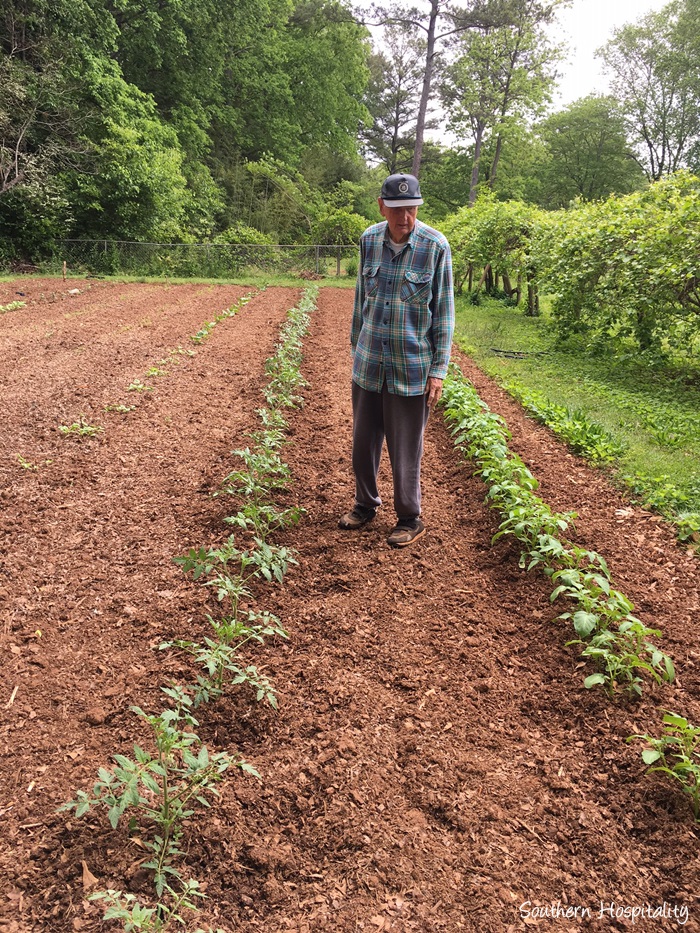 Gardening gives daddy a purpose and a reason to get up in the morning, so we are glad he still has a passion for growing things.  This is his outlet and his “thing” and we are happy he can still do it.  He dearly loves to grow veggies and share them with everyone.  We have so many great veggie meals during the summer months out of this plot of dirt and are blessed to have a dad who knows how to grow things. 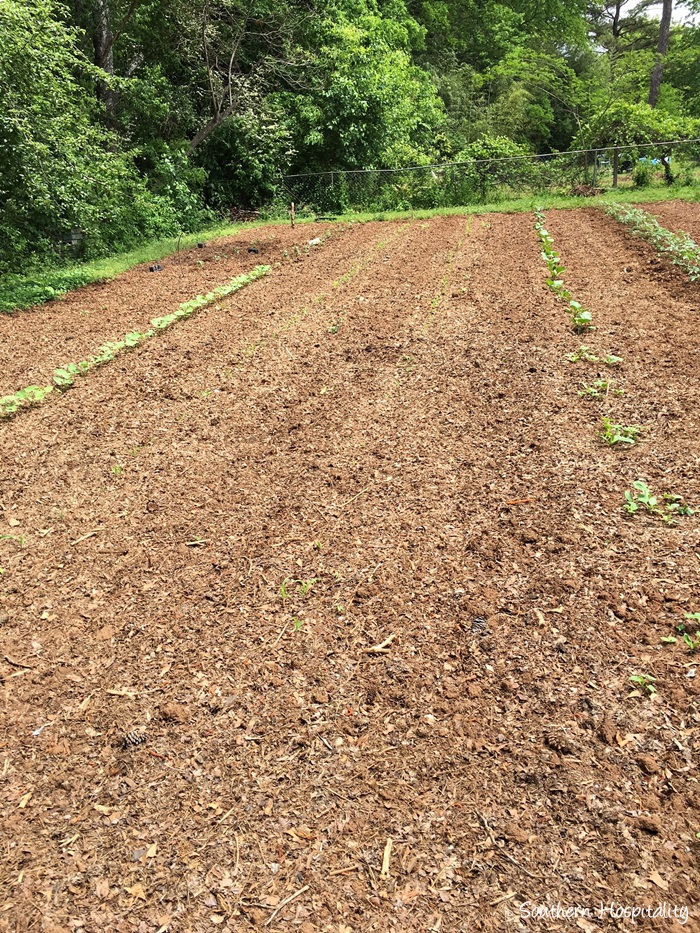 The other things are just starting to come up so I think it’s about the same as every other year, with peas, okra, corn, squash, zucchini, and beans being planted, but I’ll show you more when they get up a little higher. 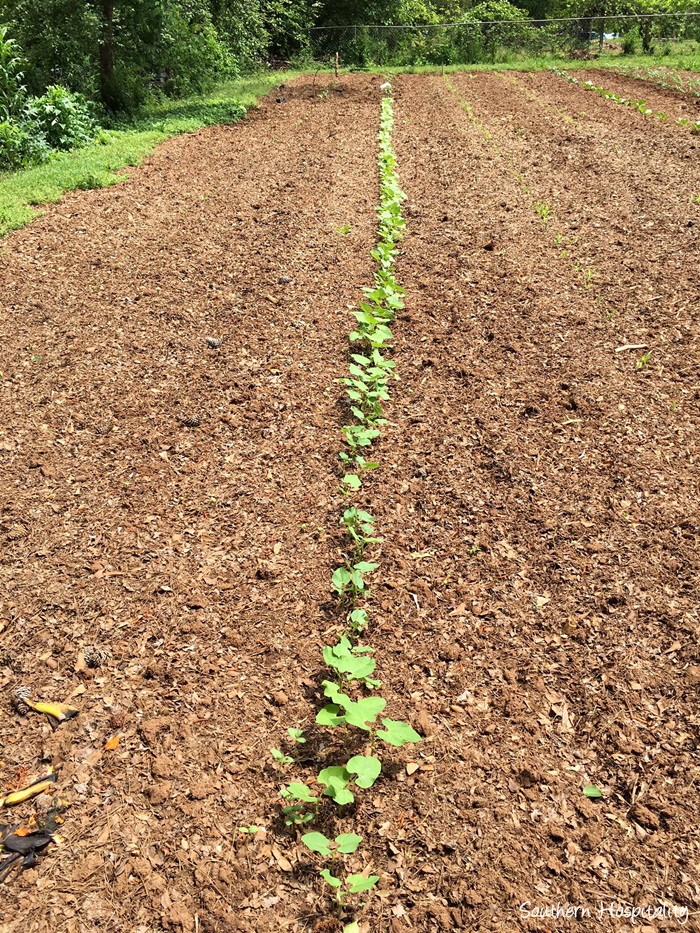 I know this row is beans, not sure the variety.  I’ll get back over here soon and hopefully do another video so you all can see it and him in action. 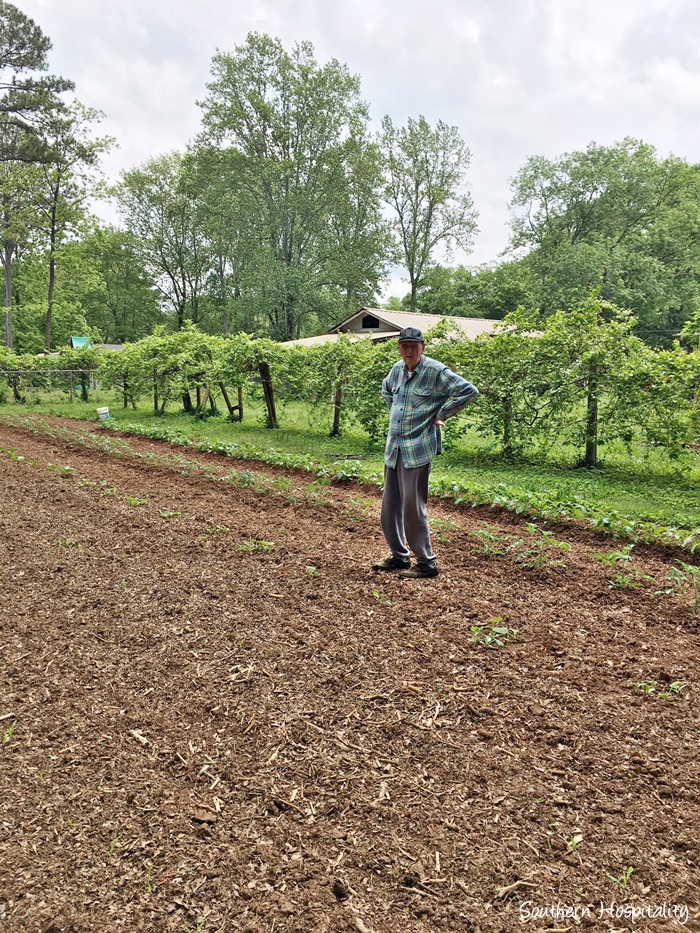 In the meantime, I wanted to share Daddy’s garden and what’s sprouting now.  He will be out there working and tending this garden all through the summer. The heat doesn’t bother him a bit, he loves it in fact.  He’ll be napping in his swing most summer afternoons, as that is one of his favorite spots to sit and relax after working in the garden.  He might not have 2 gardens now, but he will make the most of this one, you can be sure of that!