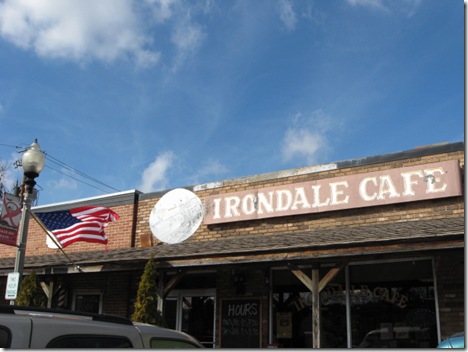 Of course, you all remember that movie, Fried Green Tomatoes?! Until I moved to Birmingham, I had no idea that the original Whistlestop Cafe was right here in this city and is now called the Irondale Cafe. My friend, Sandi, at Whistlestop Cafe Cooking filled me in on that when I met her in blogland and we became friends and I found out her hubby’s family were one the original owners of the Whistlestop and owned it when Fannie Flagg wrote the book, which then became the movie that so many of us enjoyed. Click here for the story of the original Whistlestop and how Sandi’s inlaws came to own it. It’s fascinating! Being from Georgia, I thought that the Whistlestop originated down in Juliette, GA since that town gained fame after the movie came out and that is in fact where the movie was filmed, but the truth is, this cafe is the one and only original version. So, on a recent Friday, my friend, Debbie and I stopped by on our way to The Lovelady Center (which is not far away) and had lunch at the Irondale Cafe. I had heard about the place ever since I moved here and it was a lot of fun to experience it in person. I have a feeling it hasn’t changed a whole lot over the years and you can imagine the movie taking place right here in this little quaint area of Birmingham, called Irondale. 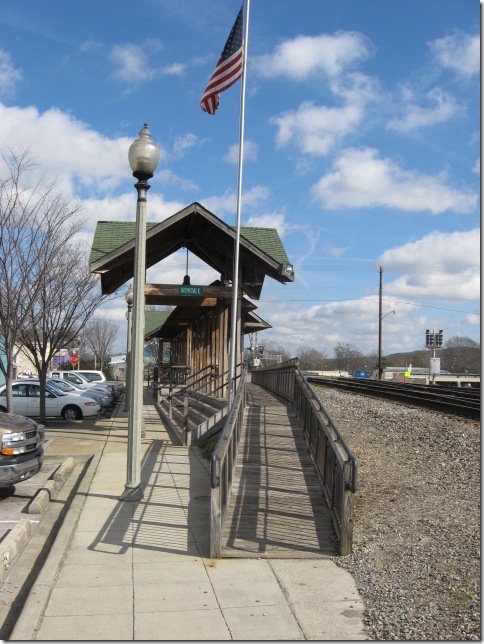 Complete with it’s own train stop right beside the railroad tracks, it’s a throw back to simpler times. Kind of like Mayberry. 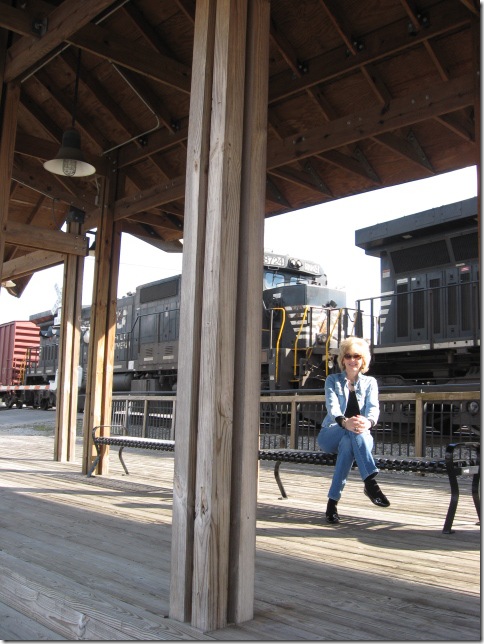 So I sat on the bench for a photo op. 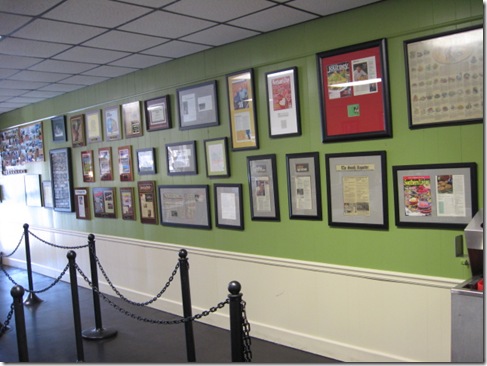 And we thoroughly enjoyed our meal at the cafe, where the wall of photos greets you coming in the front door. 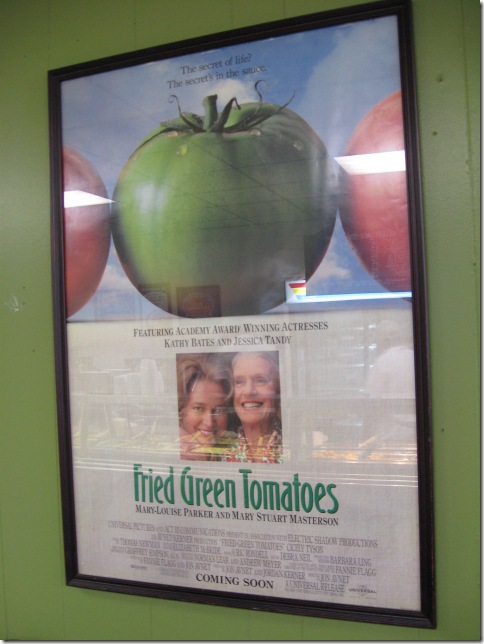 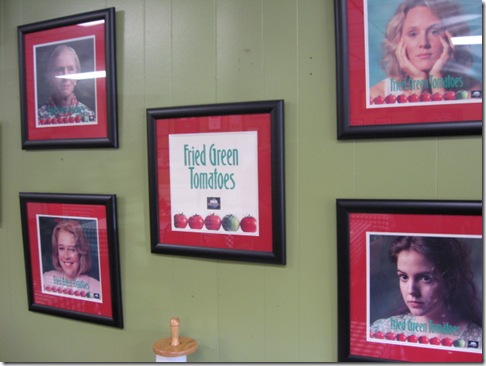 Framed and placed in a prominent spot. 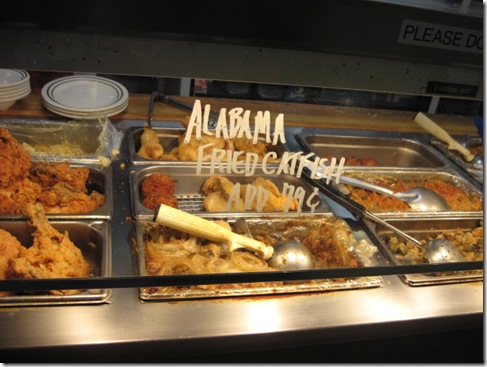 And you go through the line cafeteria style ordering up meat, fresh veggies and dessert. This is a typical meat and 3 and the food is very tasty, just like yo’ Mama would make. 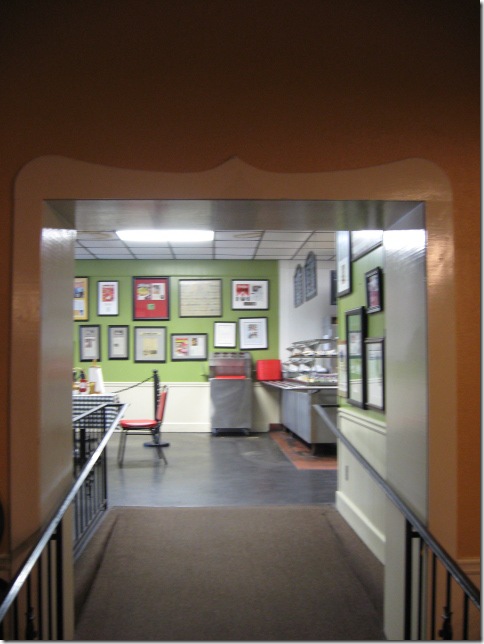 Love the green walls in here, it’s a cute place. 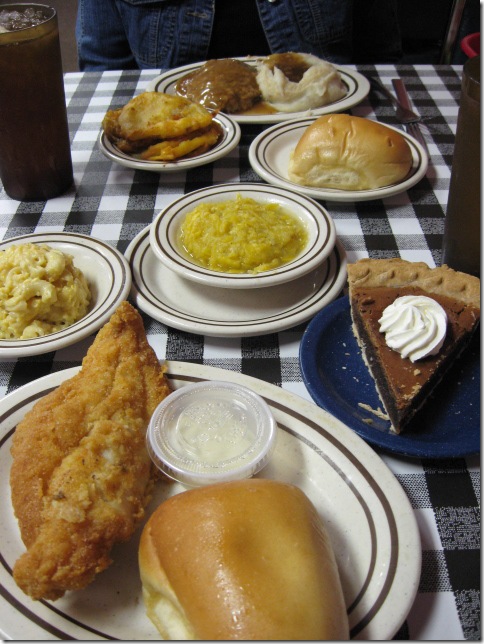 And here’s what Debbie and I had that day, fried catfish for me, smothered steak for her and we split dessert and fried green tomatoes. Hard to keep that girlish figure eating like this, but it sure is good. I figure that’s one of the reasons I go to the gym. 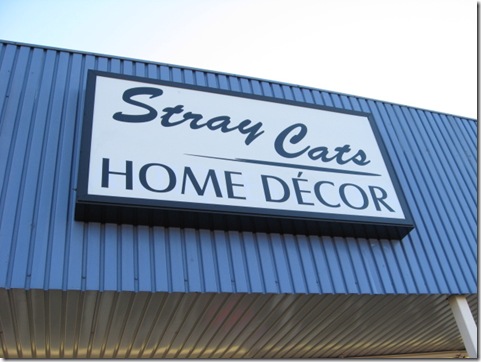 Then, while you’re still in Irondale, you must check out this home decor store called Stray Cats. They use old salvaged wood to build things with and they have some very unique home items. 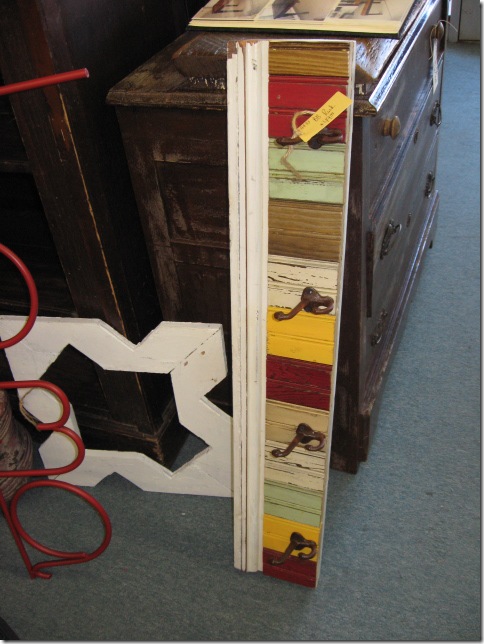 They make a lot of these vintage beadboard hook boards that I think are just adorable. I’m trying to figure out where I can put one of these. 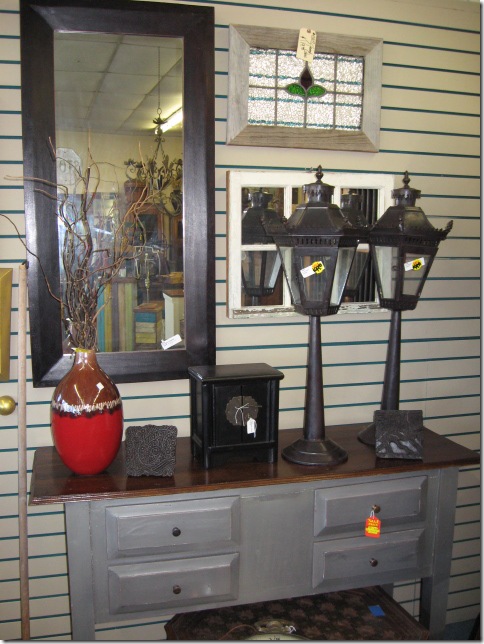 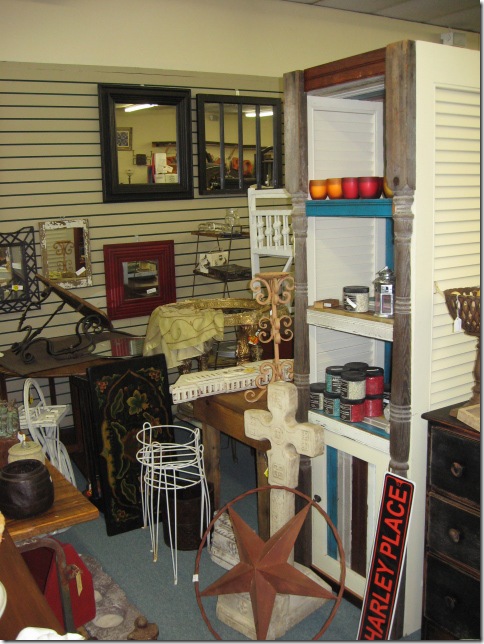 You can see here a large bookcase made out of old shutters and wood molding. 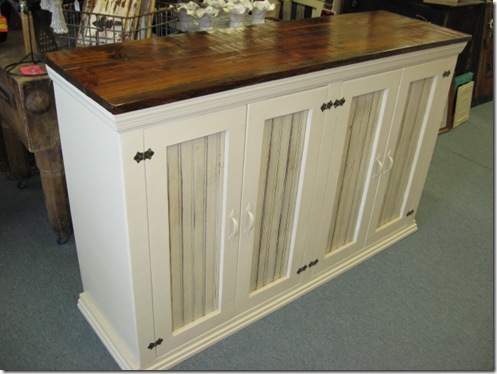 And this is a long piece that someone had them custom build for a flat screen TV to sit on. I thought this one was really pretty. 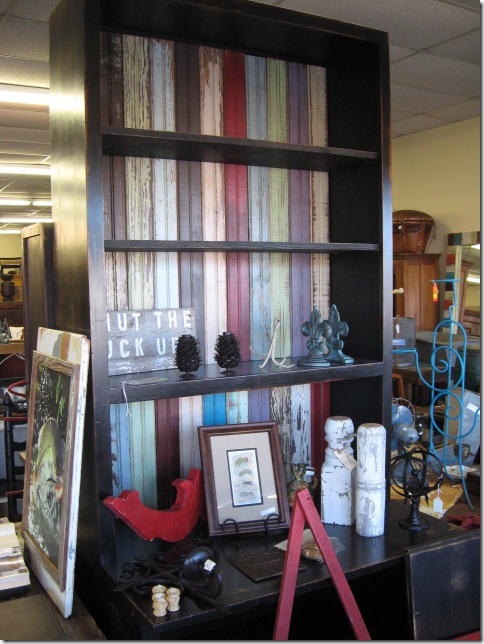 More vintage beadboard lines the back of this large bookcase storage piece. If you get a chance, go by and take a look. They are on Hwy. 78 right in Irondale in a small shopping center. The guy that runs the place is really nice too. Check it out and if you go by tell him you read it on my blog. I told him I’d love to get the word out for him since it’s such a unique shop.