Thanks for sharing in my yardsale finds! You all sure loved that yellow tiered iron basket! I can’t believe all the comments on that one thing. 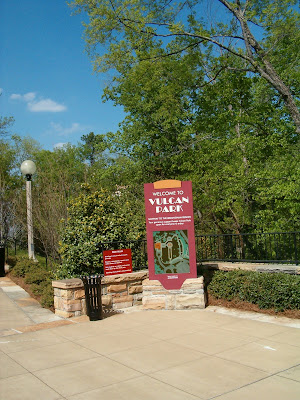 Vulcan statue is a nostalgic icon here in Birmingham and Vulcan Park is a fun place to visit. I posted about my first time there last year. On Sunday, they celebrated Vulcan’s 104th birthday, so the hubby and I decided to go and take a peek. He had not been back since he was a kid, so he really enjoyed going through the museum and reading all about Birmingham’s beginnings in the steel and iron industry, which is what put them on the map. 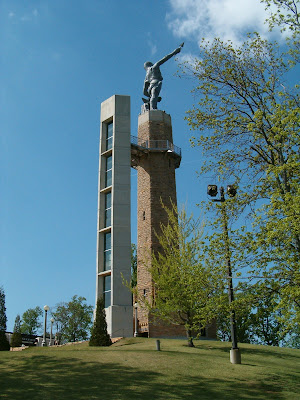 This is a shot I took last year of the Vulcan tower and you can see the Vulcan proudly standing tall, at almost 60′. The iron statue was built originally for the 1904 St. Louis World’s fair, to advertise Birmingham’s steel industry to the world. This area used to be a big mining city. 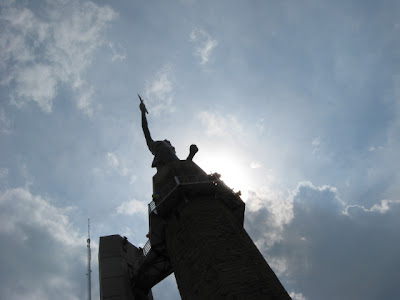 The tower was built in the 1930’s and Vulcan has been standing watch over Birmingham ever since. Birminghamians are very proud of the Vulcan and it’s truly a landmark in this city and rightly so. 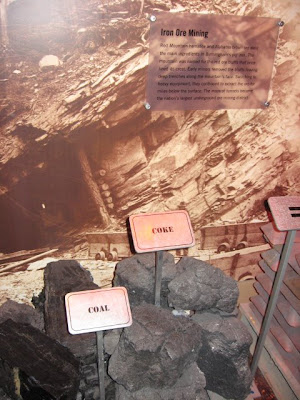 This is part of the museum exhibit, showing all the minerals that are mined in the area. 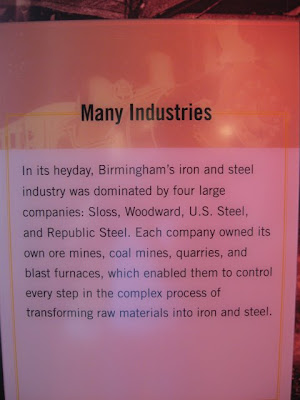 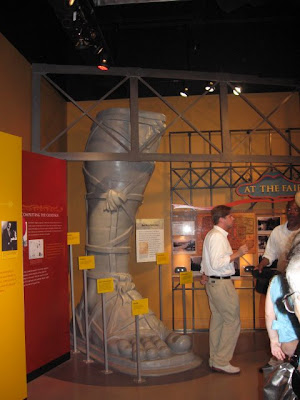 A replica of Vulcan’s huge leg and foot, you can see how large it is. 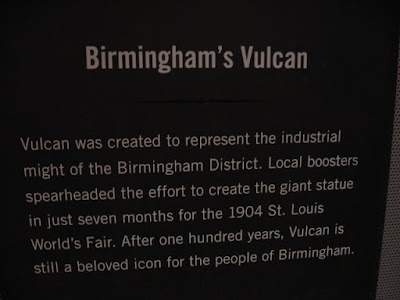 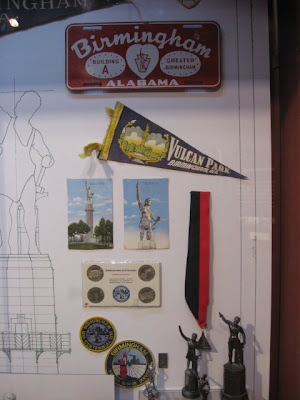 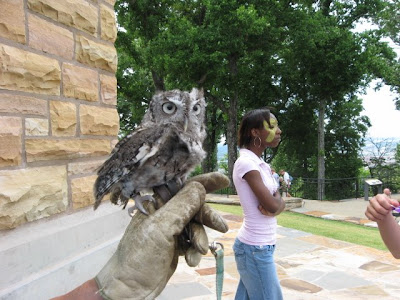 The Birmingham Zoo was on hand with a few animals to share. This is a screech owl, I was told. He sure is a cute little thing, but my hubby says they sure are loud. 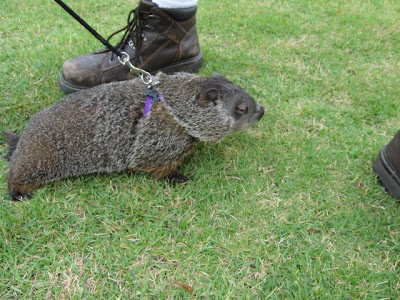 A groundhog trying to get away. 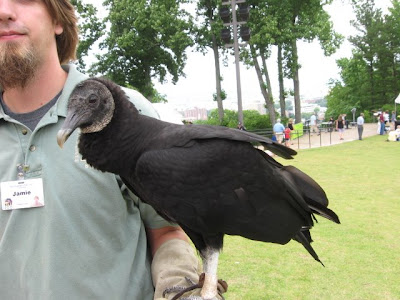 And a buzzard. There was also a snake, but I don’t think I’ll be putting snake pics on my blog. You don’t mind, do you? 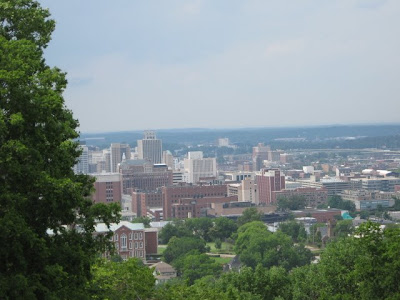 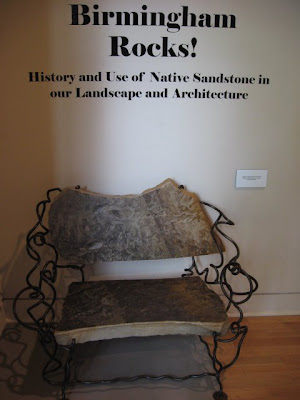 Birmingham is also known for its sandstone rock and there are many beautiful buildings and homes in the city made from this very colorful rock. I thought this bench was really cool. I’d love to have this in my garden. 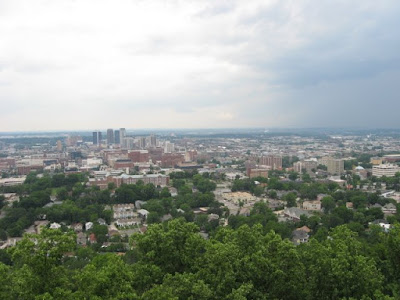 View from the top of the tower to downtown. Isn’t it pretty? 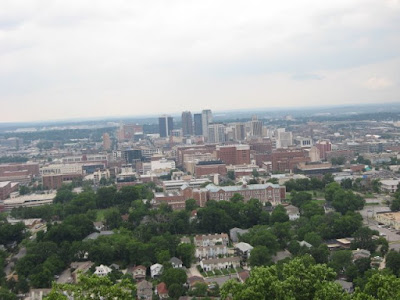