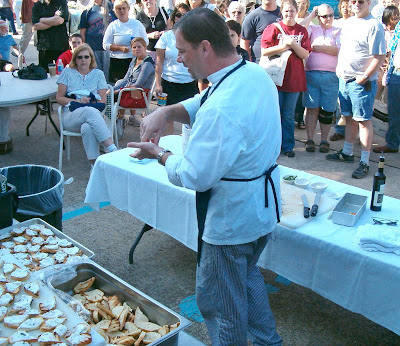 I originally told you all about Pepper Place market a few months ago, when I visited there with my friend, Judy, who came over to visit from Atlanta. It’s a really neat farmer’s market here in Birmingham & they are open in the summer months, through October. This time of the year is perfect to visit, as it’s cooled down considerably from the 100+ degree weather we were having in August. This Saturday a.m. was bright, crisp & fallish feeling in the air. Heavenly! My hubby & I got there in time to find a seat & watch chef & owner of Ocean restaurant, George Reis, put together a really yummy bruschetta. This is one of the premier restaurants in Birmingham & they have only been open a little over a year. I’ve never been, but heard great things about it. 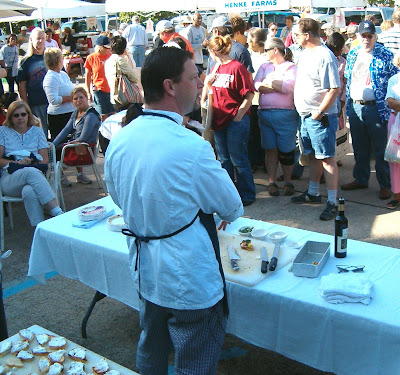 First, he chopped up heirloom tomatoes, which I didn’t know what those were exactly. He explained that those were original tomatoe plants that hadn’t been genetically altered to produce all sorts of hybrid tomatoes. These were large & beautiful tomatoes. He also chopped up some shallots, as well as basil. I always add minced garlic to mine too. 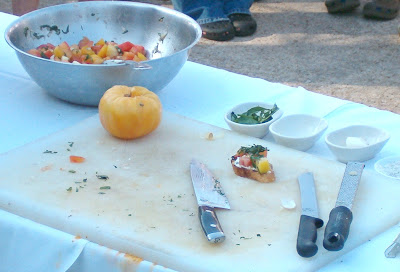 I’ve made bruschetta before & it is absolutely WONDERFUL! The first time I had it was in Italy back in the early 90’s and then I started seeing it here in Italian restaurants. It is so easy to make, with fresh ingredients, purely delicious. He did a little different spin with it & added goat cheese to the crusty sliced bread, then topped it with the tomato basil mixture. 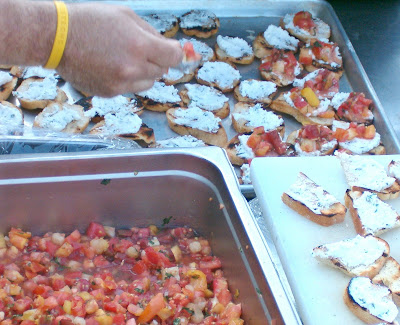 He had lots already prepared & his helpers plated it up to hand out to all the hungry folks standing around watching. 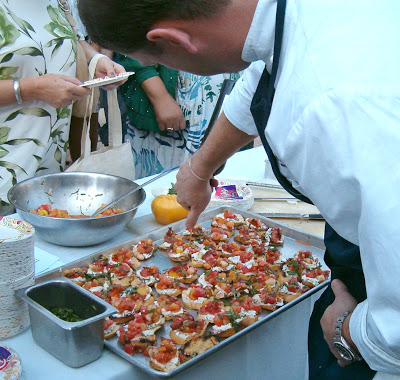 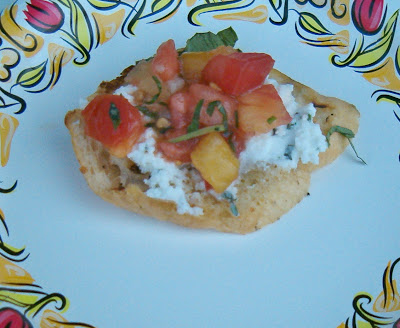 So, basically, it’s grilled fresh crusty bread (you can use any of the different fresh breads that you find out there). Chopped fresh tomatoes, chopped basil, shallots, olive oil, salt & pepper. You can add the goat cheese, which really was a tasty addition, serve it up on the bread & you have yourself a very delicious appetizer. I’ve made this at home many times during the summer with fresh basil & tomatoes…never added the goat cheese, but it was really good too. There is just nothing better to me that the combo of those 2, tomato & basil…they go together like salt & pepper. If you’ve never had bruschetta, try it! I promise, it’s amazing…simple, pure fresh food. 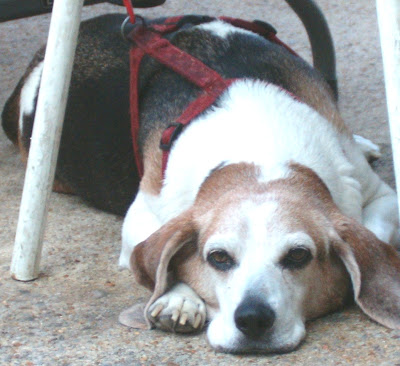 This little beagle was enjoying his day out with some people watching under the chair. 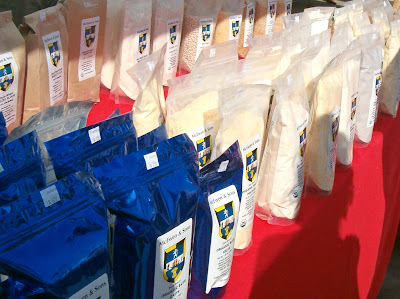 We picked up some stone ground grits from a local farmer in the area. I’ve already cooked up some of these & they are fabulous…no more regular grits for me. The place that makes these grits is out near my friend Debbie, so I’ll definitely be buying more. There is a WORLD of difference in stone-ground grits & I had no idea. We love our grits down here in the South! 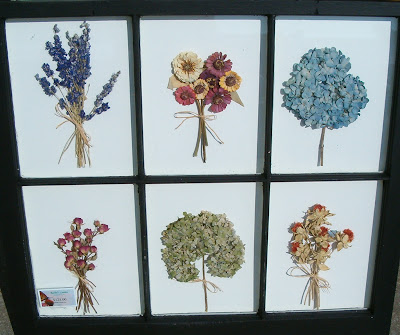 Here’s an idea for ya’ll to try with your dried flowers. This merchant was selling old windows with dried flowers attached. Would look great in a shabby chic house. 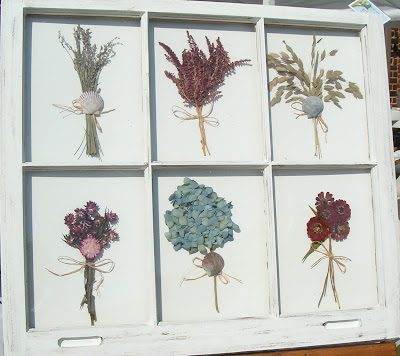 Another variation. My batteries died before I could take pics of some of the pretty fall veggies that were displayed.
Hope you enjoyed our Saturday outing to Pepper Place Market. Enjoy this fall weather!