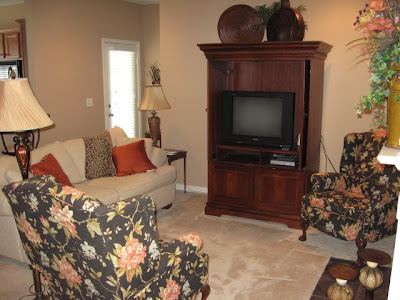 A smaller redesign than the other project I shared with you, this one is not quite so dramatic, but fun nonetheless. I had another recent client of mine, Kim in Chelsea, call me and wanted to add a few accessories to her home. She had purchased some prints, but didn’t think they were right, so I met her at her garden home and we made some decisions. Kim works part-time at Steinmart and wanted to get in on an employee sale, so we went shopping that day to take advantage of the savings. I made a list of what we needed and working on a limited budget, added a few things to enliven Kim’s livingroom, kitchen, and guestbath. This is what you see coming in the frontdoor, BEFORE. 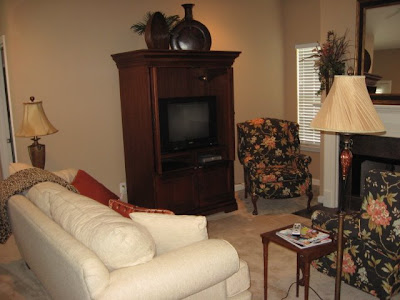 BEFORE
She already had a neutral cream colored sofa, paired with 2 black floral wing chairs. I told her that we would need to pull colors from those wing chairs to add to the room, so we took along one of the seat cushions to make sure we stayed on track colorwise. Kim had already done a nice job with adding a few things to her home, like the pieces on top of the entertainment center, 2 floral arrangements and mirror on the mantel, lamps and a couple of rusty throw pillows for the sofa. All in all, good bones to work with. 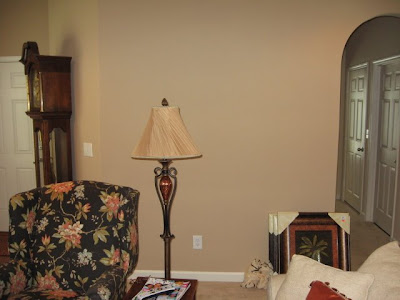 You can see the artwork she had purchased above with somewhat of a palm theme, so after looking at them, I thought we could do better with bringing in more color to the room and not have it so themey. She agreed and off we went shopping. She did have this black wing chair, floor lamp & side table pushed all the way against that wall above and I moved all of it forward to be more of a part of the conversation area of the other chair and sofa and it opened up the traffic pattern coming into the home a lot better. That’s the front door you see to the left of the grandfather clock. With a budget of just a few hundred dollars, we added quite a few things to her space and made it feel a lot more welcoming. Come and see…… 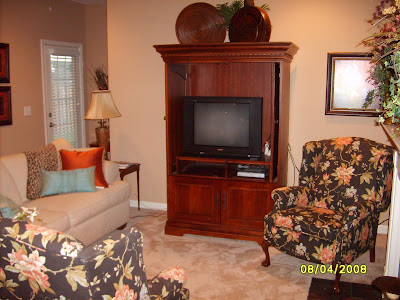 AFTER: I forgot to take my camera (note to self…always pack the camera!), so we took some shots with Kim’s and here you can see the addition of 2 aqua pillows on the sofa to bring out the blue in the wing chairs. That’s a new print above the wing chair too and it has lots of color, but the flash washed it out. See next pic. 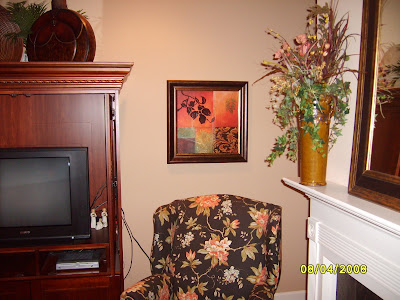 It’s more of a contemporary print, but works well with bringing more color into the room. 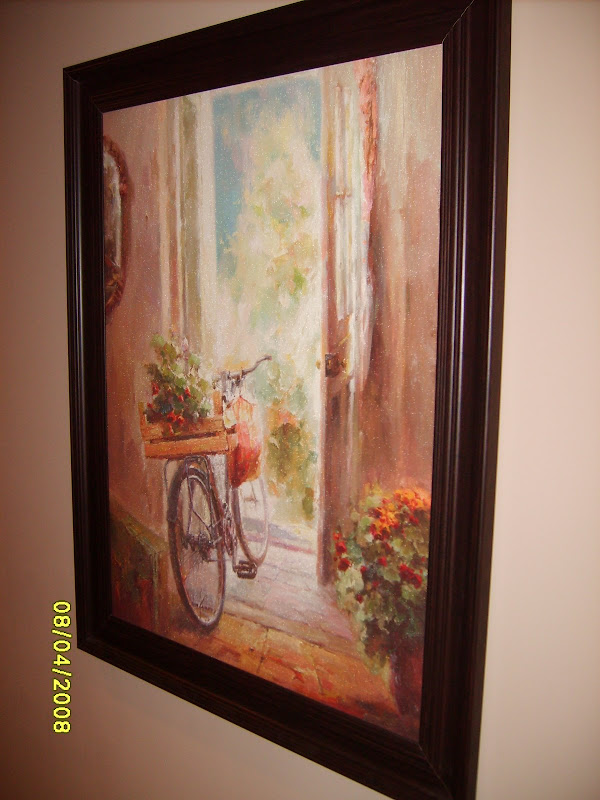 And for the large wall, we found this really pretty bicycle print that Kim loved a lot. I really liked the colors in it too and it was a large piece that made a nice impact coming in the door. 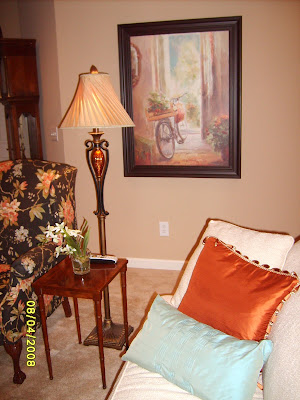 The aqua blue pillows really play well off the new print and you can see the bit of blue in the wing chair. I added one little floral on the table. 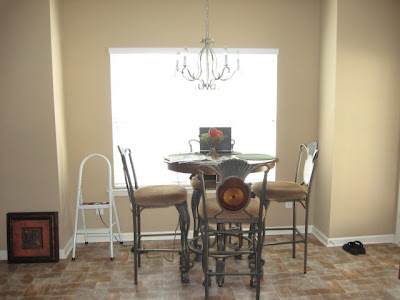 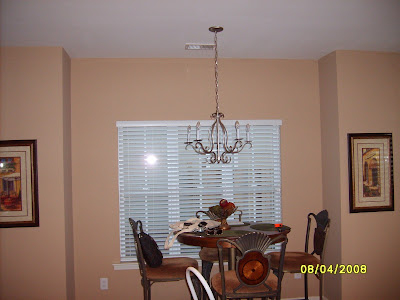 AFTER, we added 2 prints flanking the windows. She still needs window treatments and will get those later. 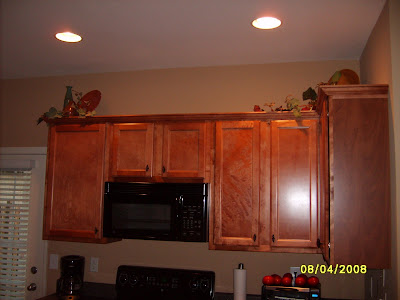 We got a few things to add to the kitchen cabinets. Pottery pieces and some greenery and plates that she already had. 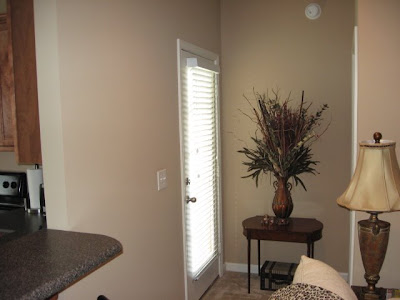 This little hallway had a nice table and floral arrangment, but needed a little more. 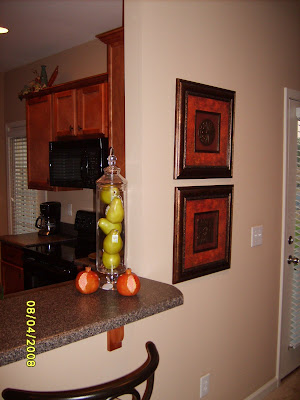 I added 2 prints to this wall that she had already purchased in the rusty tones, as well as an apothocary jar with faux pears and 2 ceramic pomegranites, which added a nice touch to the bar. 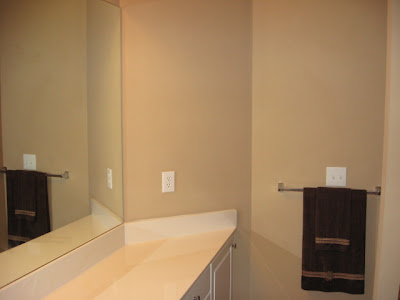 Last, the bathroom was really a blank space and needed a few things to liven it up.
With the addition of the oil painting, lamp, floral, and candle, it looks much more cozy now. 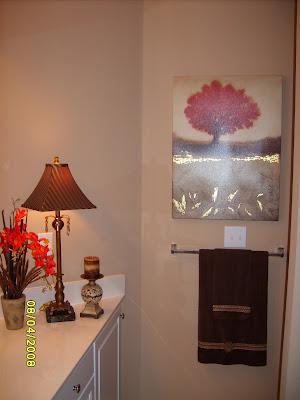 So, that’s a redesign on a small budget. Just a few things can make an impact. Kim still needs a rug for the livingroom and a few more things overall, but she’s well on her way now.