It’s been a little slow going around here on the porch progress, since Spring can’t seem to decide if she wants to join us this year or not. What a cold and wet Spring we are having so far!  It’s been raining so much and the backyard is just soggy wet from all of it, causing us to have to deal with the damp and cold. We’ve had a few days of sunshine and blue skies, but they have been few and far between. We have managed to make a little bit of progress on the porch eaves and I’m happy to say, they are done. 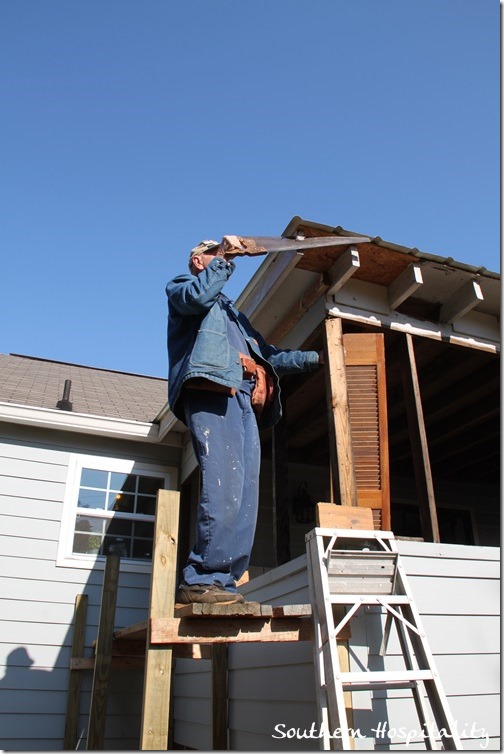 This was one of those rare blue sky sunshine days, so we took advantage of the good weather. Dad built a scaffold on this end, to be able to get up to the high parts and work.  He did a little more climbing on the ladder while I was there holding it, but we were really careful.  I know, he doesn’t need to be on any more ladders and we are done with that now, so no more climbing.  You try telling him NOT to get on a ladder.  He doesn’t listen to me, he just does it. 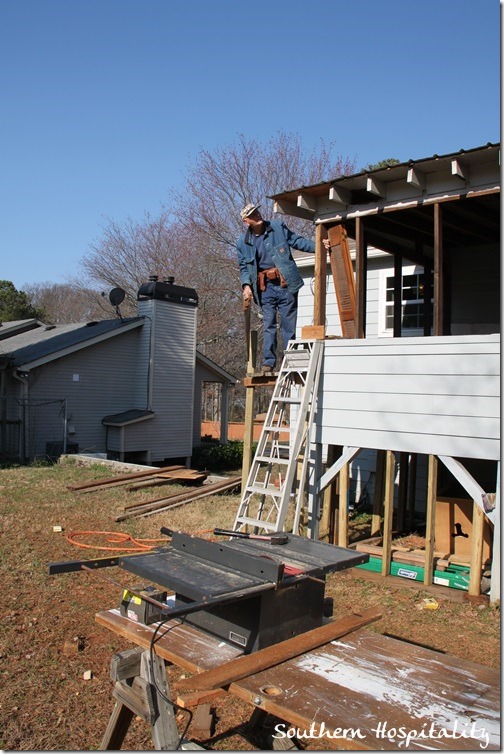 At least the scaffold was sturdy and he could climb through from the porch to get to it too.  We worked on the left eaves first and got them boxed in.  You can see the open rafters of the porch. Our goal is to box in the eaves and make them finished. They will all be painted out later. 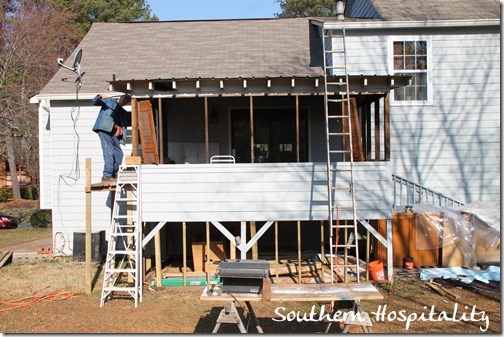 See all those rafters showing all the way around. They are all covered now. 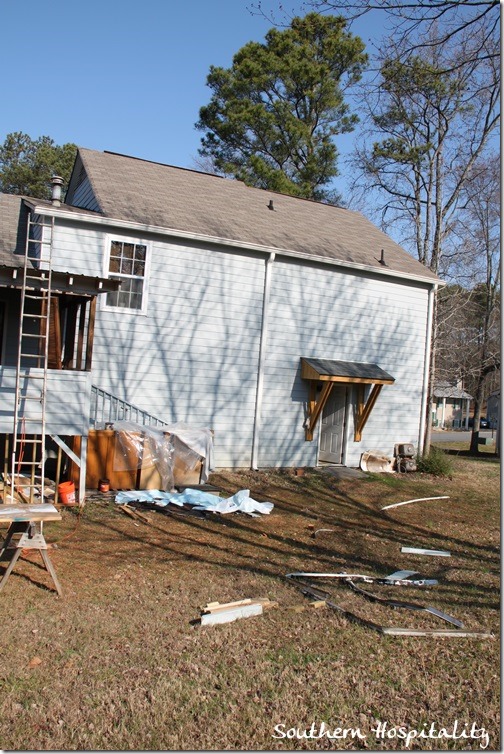 I’ve got plenty of mess going on in the backyard and will probably have to get another Bagster to get rid of this mess when we are finished. I’ll be glad when the day comes when no more debris is being generated. 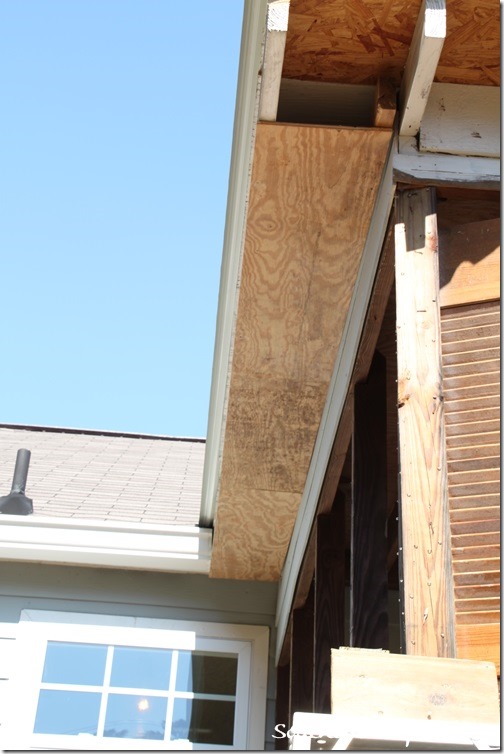 So, here’s the left side of the porch, eaves covered.  The metal roof hangs out over this, so it should stay relatively dry.  We used pressure treated wood on all of this, except those underneath plywood pieces.  He used some that we had already and after it’s painted, it should be fine in the elements. 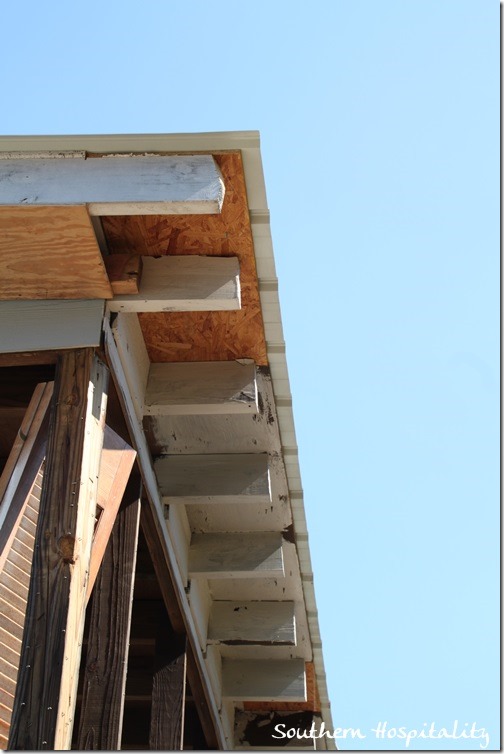 We round the corner and keep going, nailing up plywood and boxing this in. 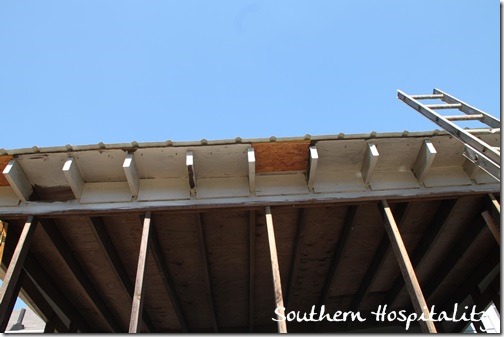 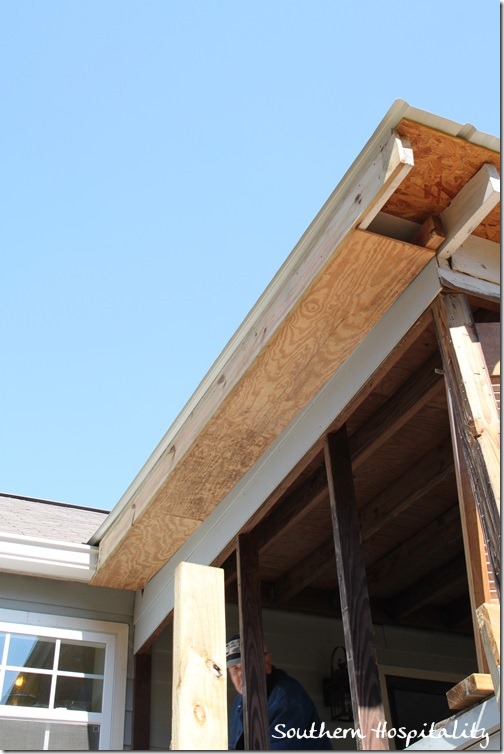 It’s definitely not a perfect job, but I’m good with it. I’ll get up there and caulk some of the seams and after it’s painted, it should be pretty. 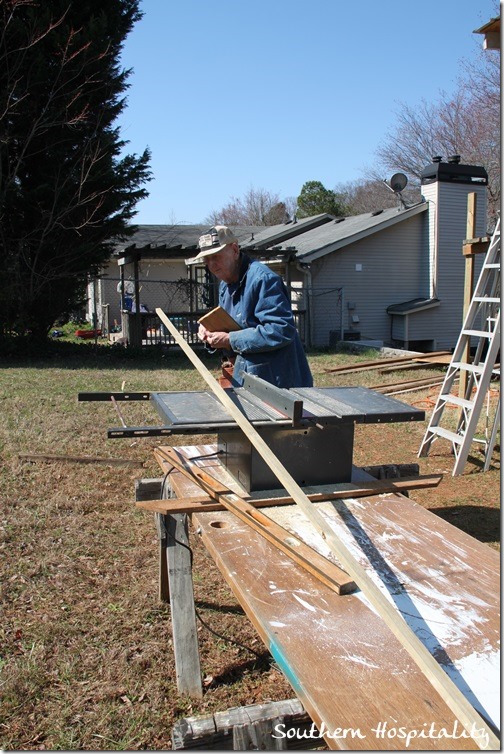 We used the table saw to rip out the pieces needed. 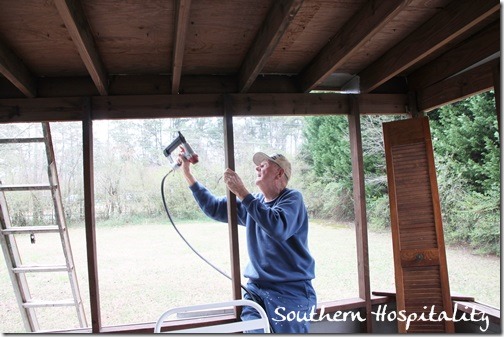 And the nailgun came in real handy for this job, we could hold each end and pop some nails in there to keep it in place. 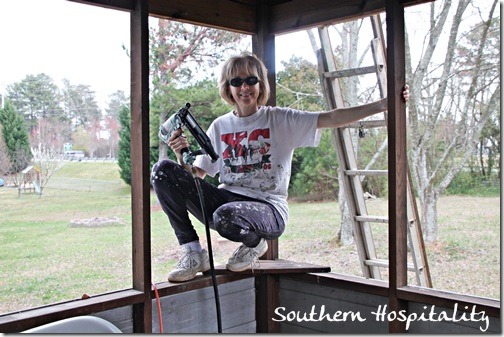 I was like a monkey swinging from the railings and as dad held one end in place, I leaned out with the nailgun and nailed my end of the boards in and then switched sides until it was all done. This helped in not having to get on the ladder as much. 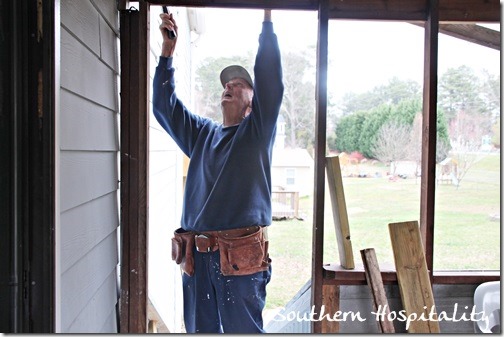 We got it done. 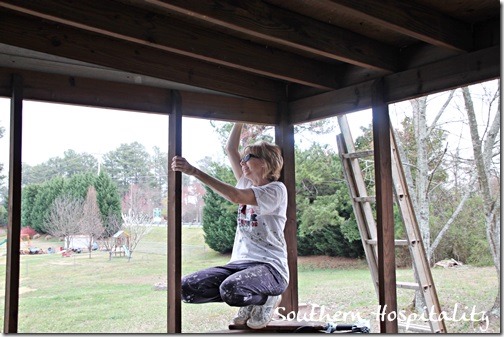 Me holding the board and waiting to nail. 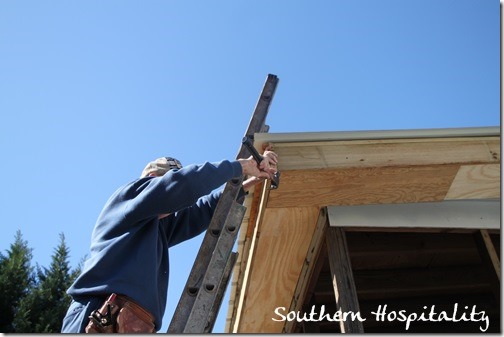 One last job at the corner of the roof, dad trimmed off some excess wood. 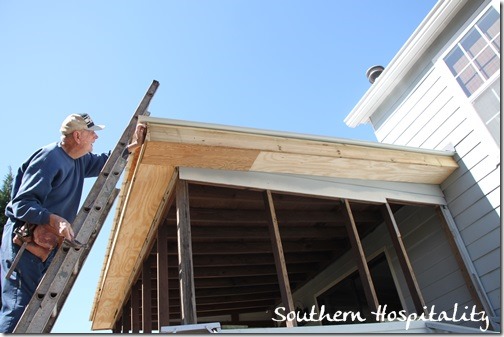 And then we were done. No more ladder for him. 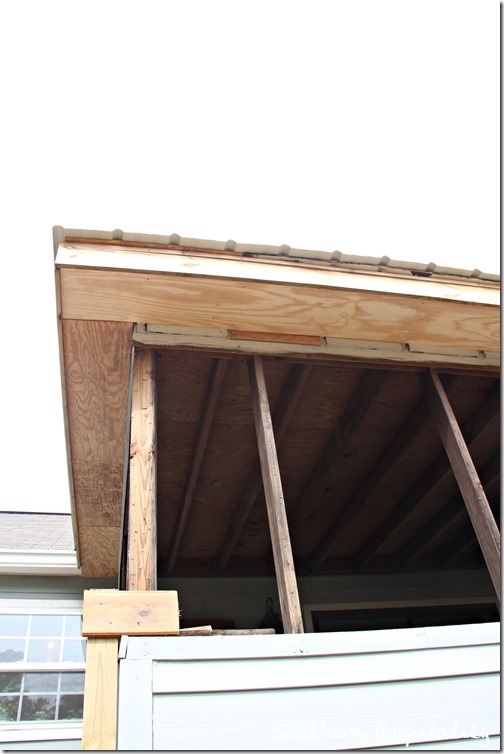 As I said, it’s definitely not perfect and probably wouldn’t pass a carpenter’s inspection, but it will be fine with me. I’ll be more particular about the inside of the porch than the outside. 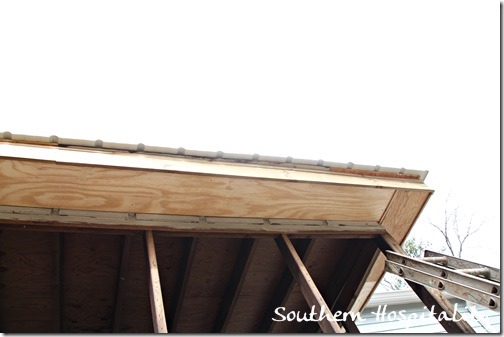 It’s nice to get the eaves boxed in and looking better already.  Next, we’ll work on the lattice around the bottom of the porch and we are adding a big door for storage under there, so that should come in handy.

Then, we’ll move to the inside!  This porch should be ready well before June, I hope and I’ll be sipping lemonade out there before I know it.