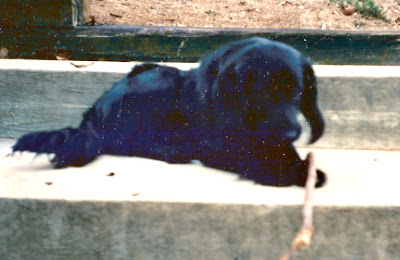 I had the sweetest dog in the whole wide world & her name was Tara. She was with me almost 15 years. She was a stray, just a mutt, but aren’t those the best kind? I adopted her when someone from the neighborhood I used to live in (in GA) brought her by trying to find a home for her. She was less than a year old (above) & she quickly earned a soft spot in my heart that is still there. I realized after she was gone just how few pics I had of her & I really hate that, cause she was the sweetest dog ever. She was a mix of cocker spaniel & I think, Lab & had the best temperament. She was my watch dog & would bark at anyone who dared come into the yard or to the frontdoor, then as soon as someone talked sweet to her, she would lick them to death. She was my faithful friend, companion, & baby I never had & I don’t think there will ever be another dog like her for me.

Sadly, I had to put her down before we moved to Birmingham, in October of 2005. She was just shy of her 15 birthday & really not doing very well. She had severe arthritis & could not climb stairs anymore & the last 3 mos. of her life began acting strange & not herself. She started not wanting to come in the house with me at night when I got home from work. And that was really not like her! I knew her quality of life was gone at that point. So, I knew her time was coming & I had to prepare for it & I couldn’t move her in the shape she was in. But, I don’t think you really ever prepare yourself for something like that. It was one of the hardest things I’ve ever had to do. I cried for the first week & then things began to get better. I knew I would miss her & time would move on, but sometimes I think about her & wish I could see her running to greet me just one more time & get those doggies kisses she so freely gave me. Talk about unconditional love…those dogs know how to give it!

The first week or so after we moved in this house, I saw a dog right down the street out walking with the owner….and I did a major doubletake. That dog is a dead ringer for my Tara. I finally met the owners & told them about Tara & I still want to show them pictures. They could be twins! I mean identical! I just don’t get to see her all that often, I think they keep her in the house most of the time. 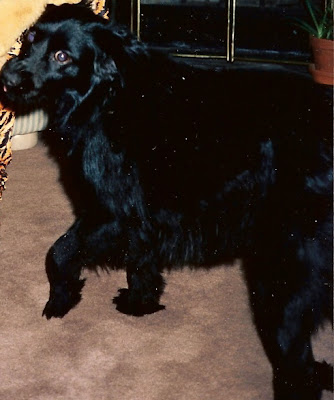 Tara had a beautiful black glossy coat of fur & furry feet that looked like she was wearing house slippers & she dropped black hair all over the house. Now, the hair…I don’t miss that! Between her & the cat, my house was one big furball! I know you who have pets totally understand that. My mom almost disowned me (not really!) when she found out I had a dog in the house. She did not raise me like that. I wasn’t planning to have a dog in the house…it just slooooowly happened. 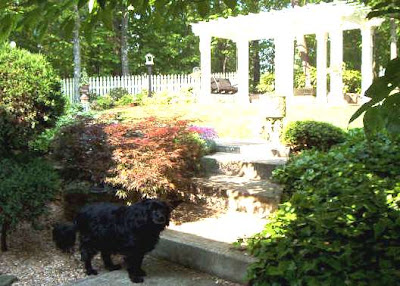 Here she is in 2003 in my old GA backyard. She was getting some age on her by then, but still got around pretty well. 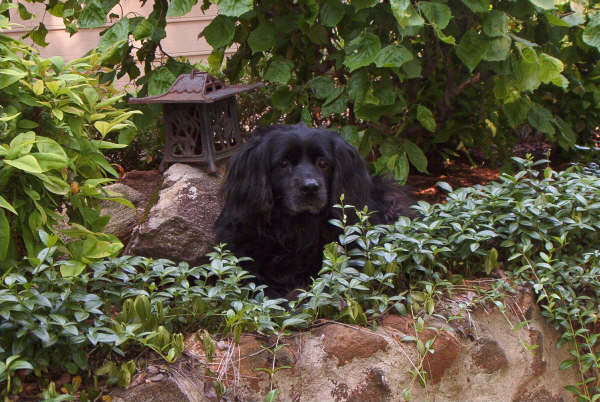 How could you not love that face?? By this time, she really had a gray beard. She was my spoiled little girl & I’m so thankful that I had her for as long as I did. She followed me around & was a faithful companion.

So, what do you do when you are petless for the first time in many years….well, you go & play with the neighbor’s dog.

Meet Sam…Sam is a fun-loving, let’s play all the time Golden Retriever next door (remember Grant from my landscape project…Sam belongs to his family) & he is always ready to come out & see me. So, when I get the urge to pet & hug on a doggie, I go & visit Sam. I took his picture & he wasn’t quite sure why I was pointing a camera at him. See, he looks sort of sheepish…like, why are you pointing that thing at me?! Let’s do something fun! I want to run & play. You should see this dog…he can jump higher than any dog I’ve ever seen…his legs are like springs! He has an invisible fence in the frontyard that does the trick in keeping him in & I have seen him soar over their back gate to the frontyard like he’s a pole vaulter. 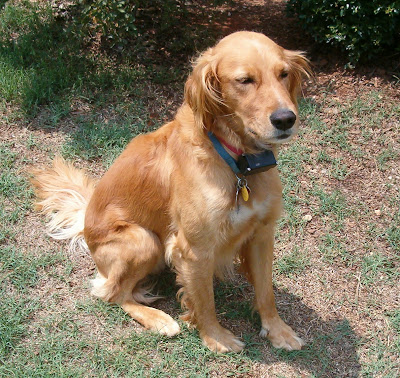 I told him to sit while I took his pic & he was a very obedient young man. 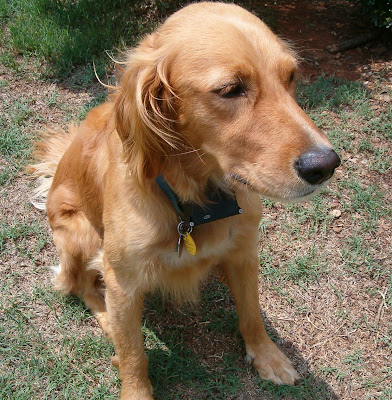 Hurry up..I don’t want my picture taken anymore! So, I said Sam….go get your ball! Those ears perked up & off he went in the bushes, searching…..and out came the frisbee! 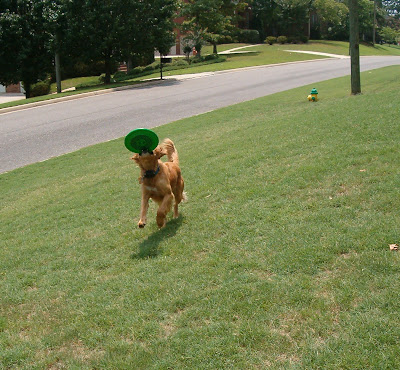 So, I threw the frisbee with him for a bit….he never gets tired…he can go & go & go & will bark at you if you stop! 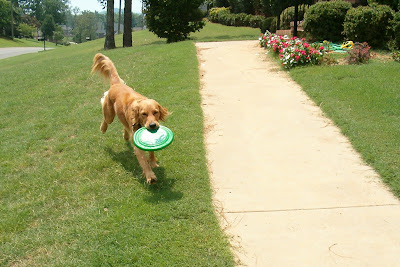 He doesn’t always drop it though….he wants to lay down & keep his paw or mouth on it so you have to play tug-o-war, but will eventually give it up. 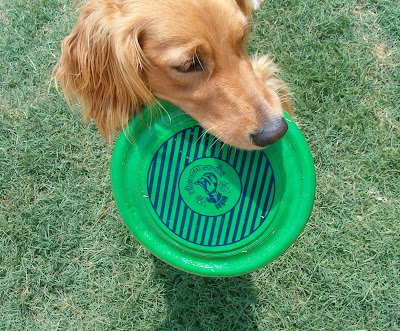 There are a few others in the neighborhood too that I love to visit. Like the sister dachsunds down the street named Maggie & Molly. They are such snugglers (especially Molly) & will give lots of kisses. Aren’t they adorable in their leopard collars?! 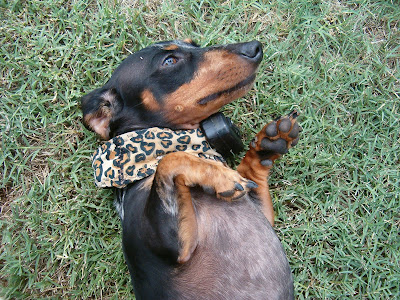 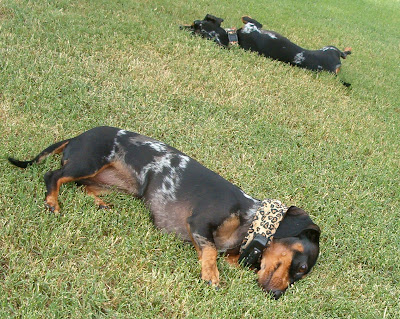 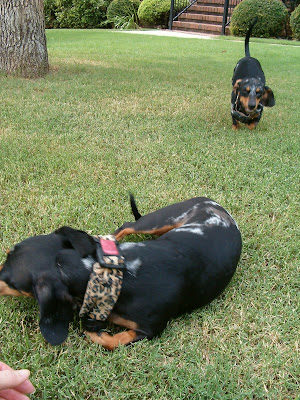 So, I can hear you now….Rhoda, you have to get another dog! But, you see, after all those years of taking care of my precious girl, I am just not ready to commit to it again. I know I could fall in love with a new baby in an instant, but we are going to remain petless for now. I have allergies & after my dog was gone & I found a home for the cat, I have to say, I do not have nearly the troubles I used to have with my allergies.