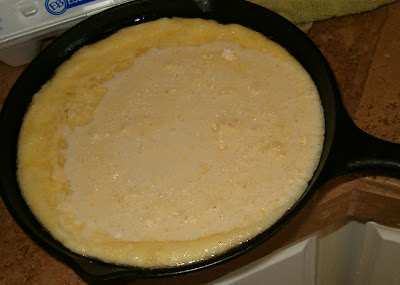 It seems that the difference between Southern cornbread & Northern (Yankee!) cornbread is the sugar. At least, that’s what I’ve heard. Someone correct me if I’m wrong. We don’t usually do sweet cornbread down here, although some do. My mama did not & this is the sort of cornbread I grew up on. Buttery good! 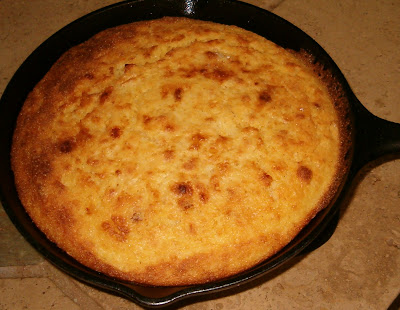 Now, I can’t claim to be an expert on cornbread, since I haven’t made it all that much, but me & the hubby love to have cornbread with soup this time of year, so I did get an iron skillet just for that reason. Iron skillets cook the best cornbread ever. My mama cooks her in an iron skillet, so it must be right. 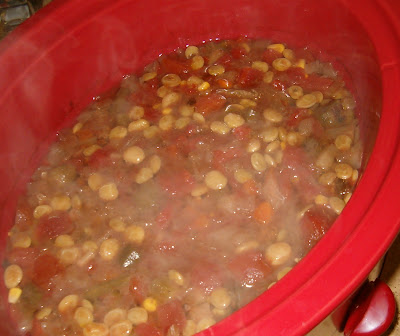 Recently made some homemade vegetable beef soup in the new crockpot. 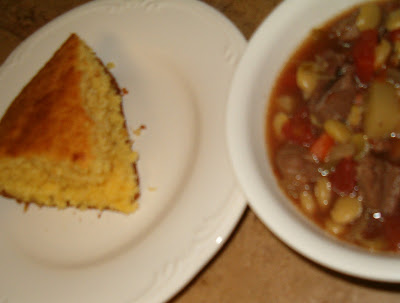 With cornbread on the side. Yeah, it was good! 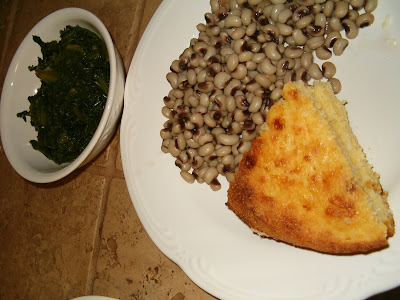 On New Year’s Day, I fixed the “New Year’s Luck” dish of greens, black-eyed peas & cornbread. My greens & peas sure weren’t up to my mama’s standards, but hubby liked it fine. Our local Birmingham paper ran a whole article recently on cornbread, so I found a good recipe in there & tried it. It’s definitely a good ‘un, as we say down South! Thought you might like to have a good Southern tried & true cornbread recipe for your files. This recipe called for stone-ground cornmeal, which I am going to look for. I know I sure like my stone-ground grits.

Nora’s Memaw’s Alabama Cornbread (yes, that really is the title)

Preheat the oven to 450*. Spray a 10×16 baking dish (of course, I used the 8″ iron skillet & put about 2-3 TBS of oil in bottom, heat it in the oven as the oven is preheating, so the batter sizzles when you put it in). Combine the dry ingredients in a large bowl, whisking or stirring well to mix. In a small bowl, beat together the milk, egg & oil. Add the wet mixture to the dry, using the absolute minimum number of strokes needed to moisten dry with wet.

Transfer the batter to the prepared baking dish (or skillet!) & bake until the top of the cornbread is golden brown & springs back when touched, about 20 min. Serve hot from the pan, with butter (of course!).

You can see the only changes I made are noted in ( ). This cornbread is soft & yummy in the middle & crispy on the outside.