Close to 2 years ago, I received an email in my inbox from a production company looking for messy people in the Birmingham area to possibly be featured on a reality organizing show that was going to be filmed in Birmingham.   I often get pitches like that in my inbox and didn’t think much of it, but sent the email on to my friend, Debbie, In Birmingham.  She read it and decided to write in and turn in her son, Brandon, and his wife, Jocelyn, who had moved into a house.   She thought they desperately needed help with organizing their messy spaces and would be great candidates for this new reality organizing show.

She later told me that they got accepted to the show and in the meantime, I had moved away from Birmingham.  I heard a few details about the show and she didn’t know when it was going to air.  I had no idea what the name of the show would be.

So, last week someone commented in my comments about a new show called The Amandas, a reality show all about a pretty young woman who lost everything to Hurricane Katrina in New Orleans.  She had moved to Birmingham to start over and she had her own organizing business, hiring a bevy of beauties who she then sends out to organize and beautify the spaces of her clients.  It’s a colorful cast of characters.  The girls all go out in cute dresses and high heels to do their jobs, which is pretty funny to watch. 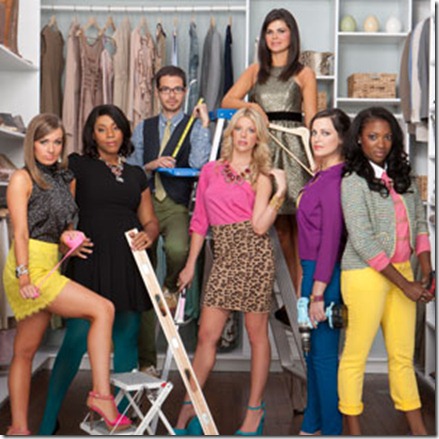 I had never heard of the show, which just started airing and I was at my sister’s last week and she was watching an episode, which happened to be organizing the office space and delivery truck for Dreamcakes, a very popular and well known bakery owned by Jan Moon, in Birmingham.  I had met Jan at one point at a wedding reception, when she delivered the wedding cake a couple of years ago and I was helping the flower person. 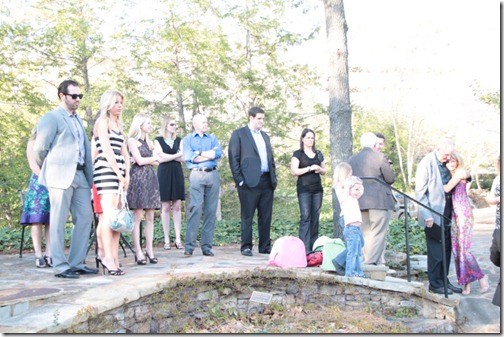 I was immediately hooked on the show, which features lots of scenery in and around Birmingham that was so familiar to me.  One of the girls on the show, the blonde Rachel, was at my niece’s wedding last March (that’s her in the striped dress).  At the time, she was dating one of the groomsmen, so she came to the rehearsal dinner and wedding and of course that is a novelty to see her on the show.

I set the show to record on the DVR and was watching an episode this week, when I saw a snippet from next weeks show (it airs on Monday nights, 8 pm on the Style network) and saw my friend’s son, Brandon and his wife, Jocelyn mentioned, so that’s when the bell went off and I realized The Amandas is the show that they are on.  So, next Monday their episode will air.  It was filmed last October just before the birth of their baby daughter.  My friend, Debbie, was their during filming and will probably get some air-time too.

So, that’s a cute little story about reality TV and how it can brush with real-life.  If you want something else to watch, The Amandas is fun to watch and highly entertaining.  And you might see some good organizing tips too!  For more information, visit My Style.

Have you seen it yet?  What do you think?