During my many travels this month, I headed down to coastal Jekyll Island, GA for a new blogging conference called the Southern Coterie Summit.  One of my Alabama friends, Lucy, came over to meet up with me and we drove down together.  It ended up being one of those chilly and rainy times this month and while it would have been nice to have beautiful weather, we still enjoyed experiencing Jekyll Island and making some new friends.

Created by Whitney Long and Cheri Leavy, the Southern C is an online social network of folks celebrating all things Southern.  How could I not be a part of that?

This brand new conference was a gathering of design professionals, bloggers, artists, small business owners and other Southern tastemakers who were celebrating all the great things about the South.  As you know, I’m crazy about my Southern heritage, so thought it a fitting conference to be a part of and I wasn’t disappointed.  We got to hear from 3 editors at Southern Living and how they are working with bloggers and media now, so that was interesting and informative.  There were several sessions to learn from, including panel discussions and keynote speakers, during this 1 and 1/2 day conference. I definitely enjoyed being there and soaking it all in. 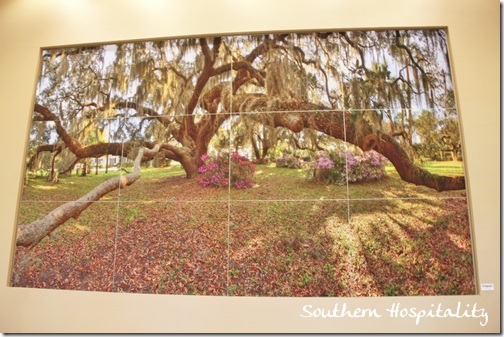 The conference was held at the beautiful Jekyll Island conference center, a gorgeous new facility right on the beach.  In spite of being raised in Georgia since I was 6, this was my first time to Jekyll Island and this part of Georgia is truly a haven of peacefulness. I’ve been all over Georgia, but somehow had missed Jekyll Island and it is a quaint island with a feel all its own.  I did get to go to St. Simons last year and it’s a beautiful area too. 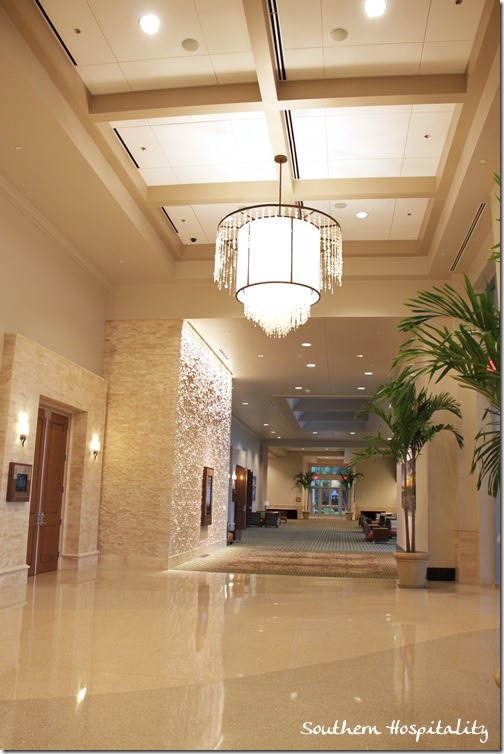 This place is stunning and we enjoyed checking it out. 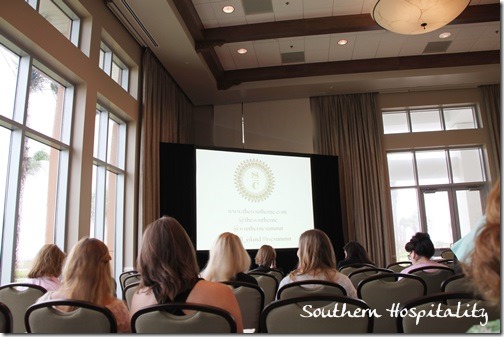 Classroom setting at the start of the conference. 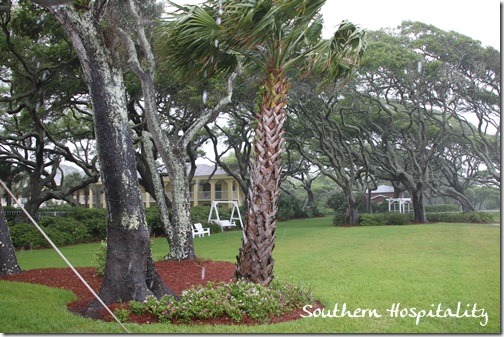 Lunch plans had to be moved inside a tent, since there happened to be a monsoon going on right during that time, but we all made the best of it. The BBQ lunch was truly delish! 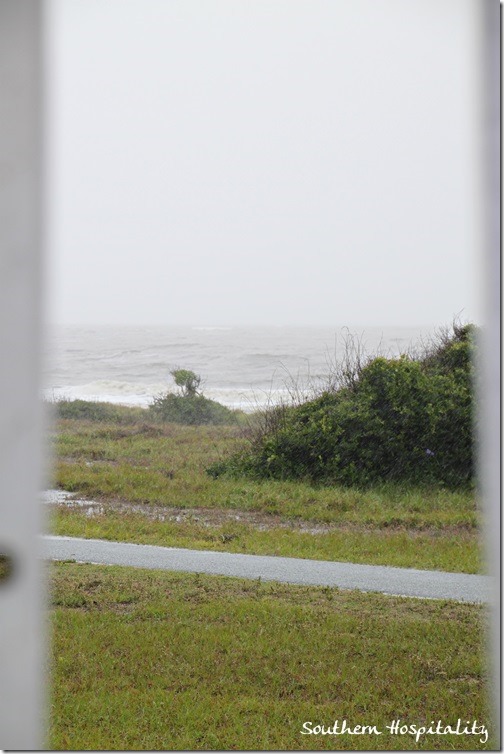 I thought this might be the only peek at the beach I would get, but luckily the rain stopped and we got a couple hours window to get some shots of the Jekyll Island club. I’ll show you all of that in another post. 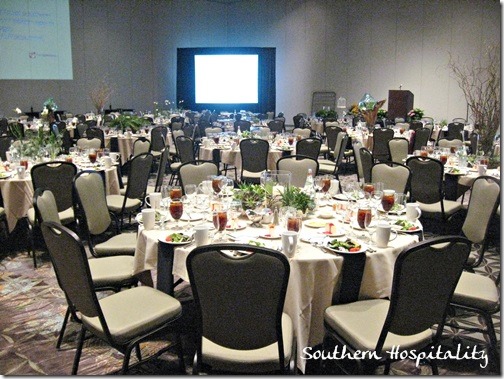 Dinner for the Southern C was a sit down affair and we heard from a few people that evening, including style tastemaker, K. Cooper Ray with Social Primer.  He was a hoot!  There was even a fashion show of his bowtie collection. 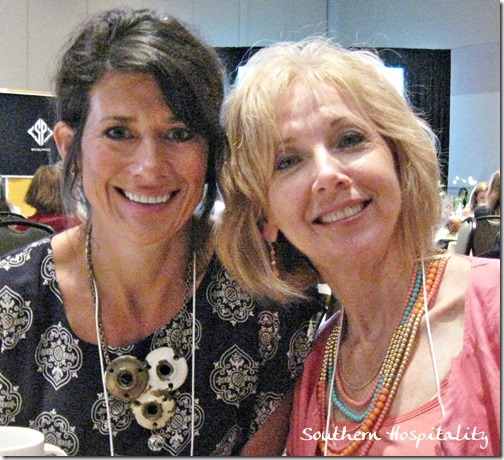 My Alabama blog friend, Lucy and me at dinner. 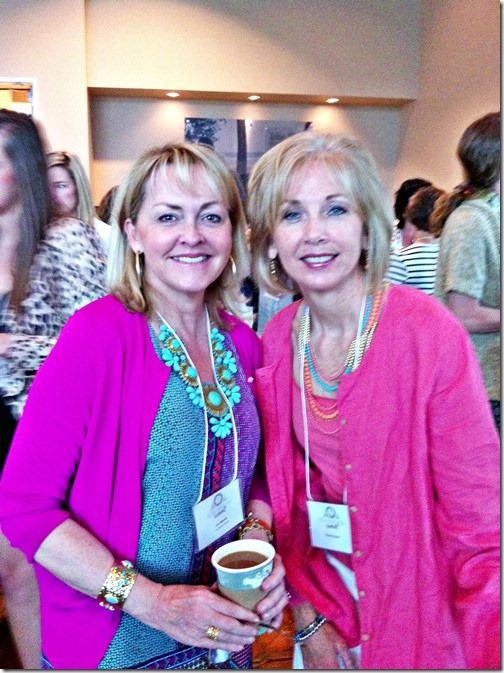 I finally got to meet an online friend, talented designer Lisa Mende, who was also at High Point, but we never connected there.  She and I have been Twitter buddies and it was so fun to get to know her, she is adorable.  We were a colorful pair that day! 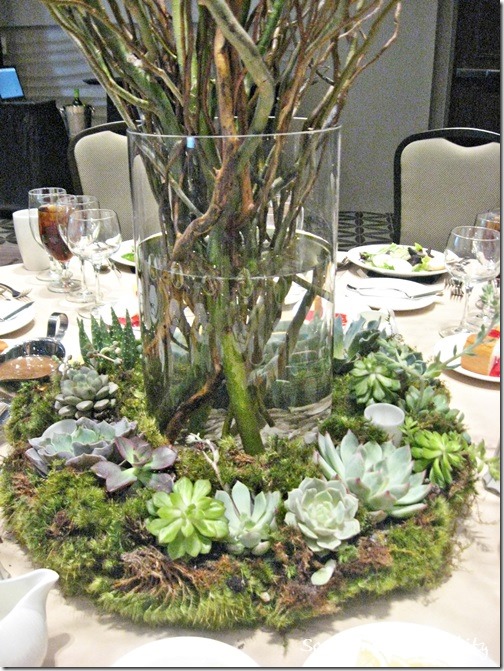 The tables were all spectacular, like this with branches and succulents. 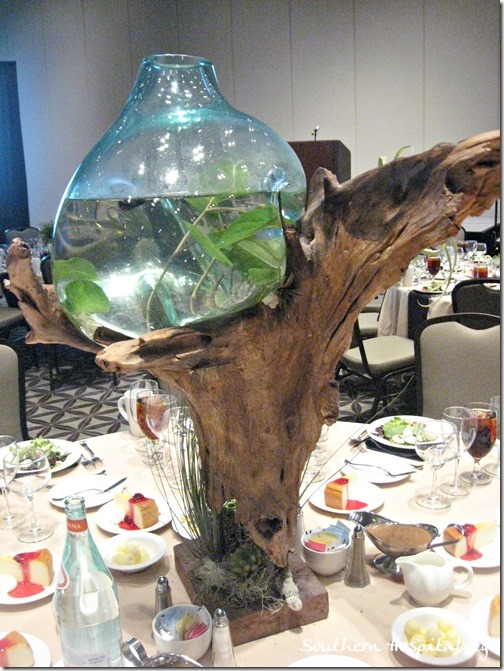 We sat at a table with this glass enclosed fish on driftwood. How stunning is this? 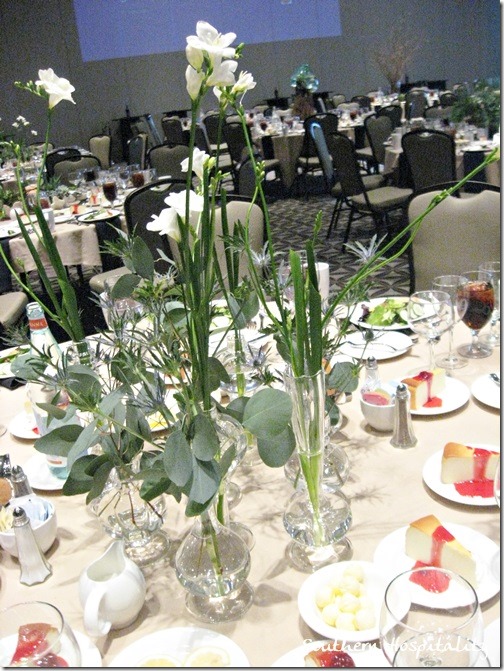 Simple flowers and greenery in clear glass containers is always a nice touch. 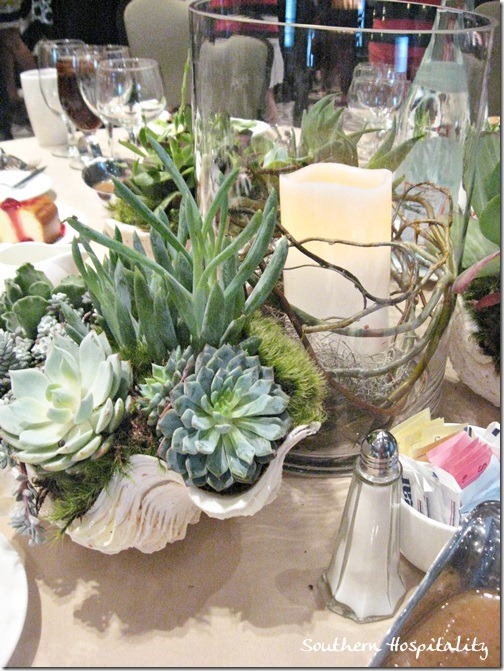 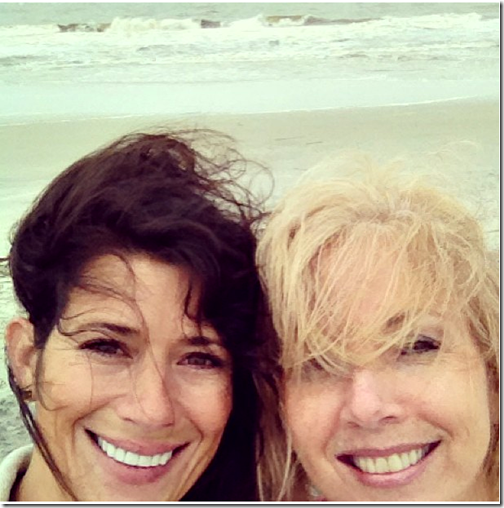 Lucy and I at the beach during the break from rain. 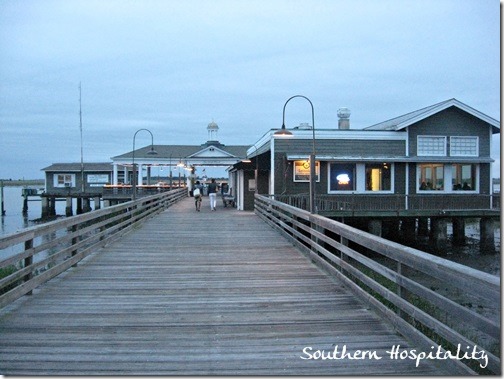 Our first night there, we had a nice relaxing dinner on the Jekyll Island Wharf and I snapped these pics at sunset.  So pretty! 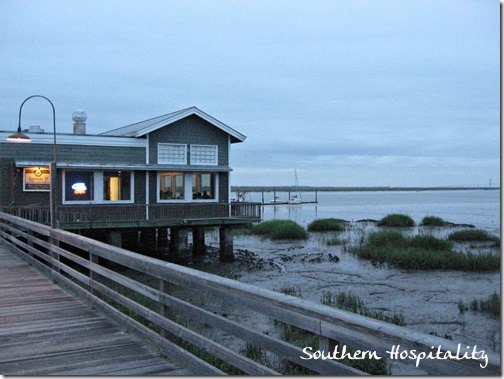 It’s a beautiful spot and if you get the chance to check it out, I would  highly suggest it. 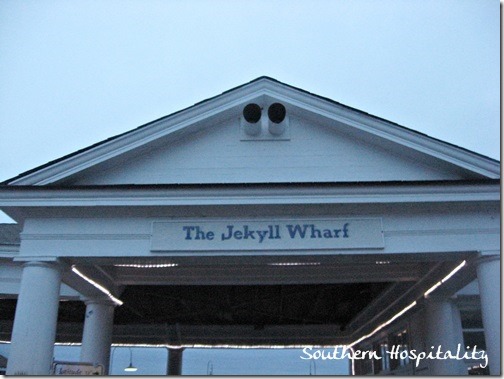 I’ll be back with more from Jekyll Island, including the Beach Club and surrounding cottages. I was so glad the rain parted long enough to grab some shots of these magnificent buildings of the past, as well as the 100+ year old oak trees dripping in Spanish moss.  You’ll love those pics!